For the work Flying Stone Memory, artist Lea Petermann threw balls of soft clay through the rooms of her former house. Through her hands, the movement of throwing and the obstacle, the balls deformed. They stored the interaction between the artist and the space and became carriers of this moment, which she preserved by casting it in concrete. The memory, however, remains as object-like and physical as the moment itself. Through this method, Lea Petermann has attempted to produce mementos that do not tell a personal story and can thus escape exploitation in a memory narrative. Attached to fine chains, the related objects are positioned in space. The objectivity of her work contrasts with the subjective experience of these in space. 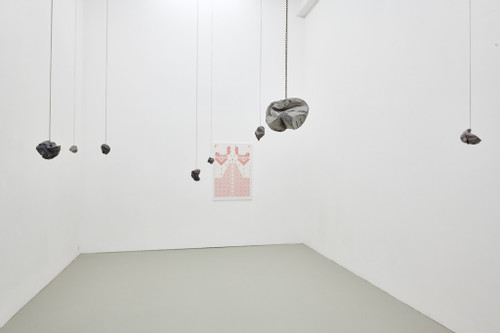 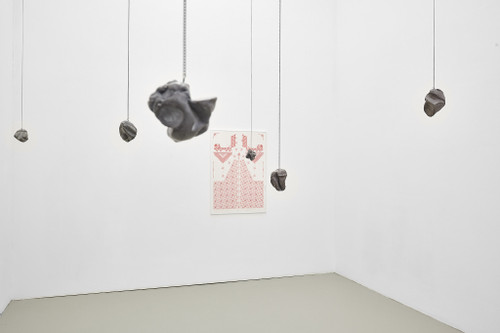